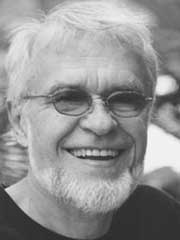 It is safe to say that Jim Winefordner is the one person most responsible for the international reputation our department has enjoyed in analytical chemistry for the past 40 years, proclaims one colleague.

During his 42 years at UF, Winefordner has created and maintained a distinguished record of service and achievement both in the classroom and in the laboratory. A Graduate Research Professor since 1976, Winefordner continues teaching while conducting cutting-edge research.

Winefordner has published more than 825 scientific papers, chapters and books, delivered more than 100 invited or plenary speeches and won 22 major national and international awards in analytical chemistry and applied spectroscopy.

Since 1959, he has received more than $22 million in federal funding for research efforts extending over many of the most critical areas in analytical chemistry.

He is also currently researching several unique projects, including the development of an imager useful in the imaging of skin diseases, varicose veins, arterial blockage and other disorders.

Winefordner says his major objective as a professor is to teach students the basics in formal courses and the essentials of research so that (they) can achieve their ultimate goals. He hopes to always …instill the need for hard work, critical thinking, the joy of research, fairness and cooperation with others.