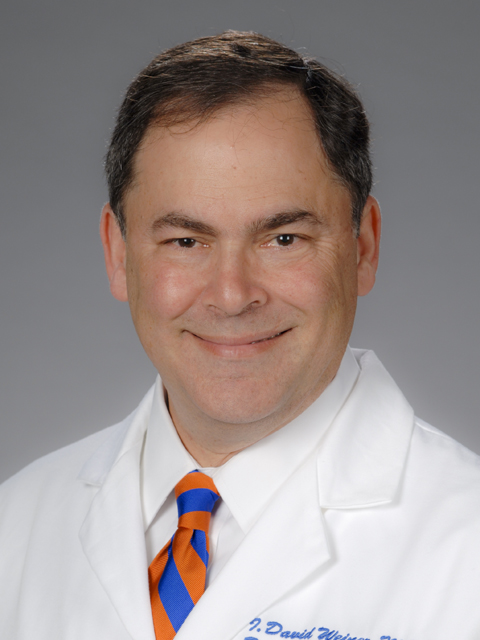 Professor of Medicine and Physiology and Functional Genomics

David Weiner’s current research involves the function of a newly discovered family of ammonia transporters in the kidney.

Weiner is rewriting decades-old assumptions the medical community has made about kidney ion transport. While it was previously felt that ammonia was freely diffusible across a lipid bilayer, he discovered that there is a family of transporters that are required for efficient ammonia efflux.

Ammonia is important in the function of most organs in the body. It can mediate consciousness in the brain, and peptic ulcer development in the stomach. Ammonia is also important in renal acid excretion and the prevention of kidney stones, and in the reproductive organs, where it plays an important role in fertility.

He also has data that menopause alters renal ammonia metabolism, and this may be an underlying cause of osteoporosis in many women. These findings predict the clinical utility of different treatments for post-menopausal osteoporosis than currently in use.

Recurrent kidney stones are a frequent problem, are highly painful and associated with substantial morbidity and costs. Weiner is performing studies examining the role of Rh glycoproteins in kidney stone formation. Success in these studies will lead to new diagnostic and therapeutic approaches for those with kidney stones.