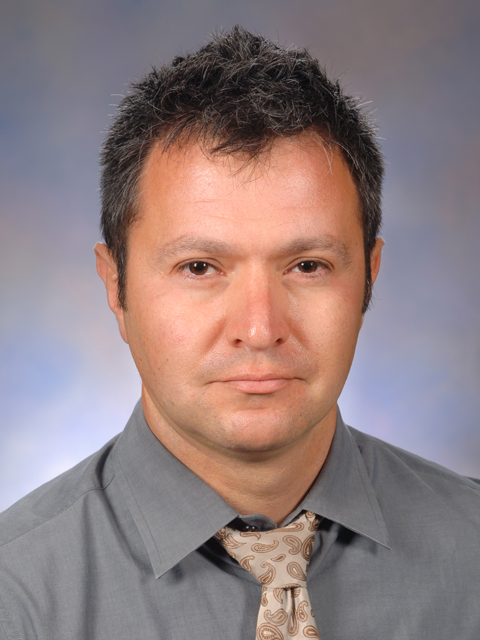 Teplitski has demonstrated that eukaryotes produce signal-mimics capable of manipulating cell-to-cell signaling in bacteria and, thus, affect the outcomes of host-bacterial interactions. His discovery of the eukaryotes’ ability to detect bacterial quorum-sensing (QS) signals and respond to them was an important discovery, leading to a better understanding of the co-evolved mechanisms by which host-associated bacterial communities are structured and maintained.

The ability to control QS in the associated microbiota turned out to be an important function of many hosts. Dozens of natural and synthetic compounds with QS-inhibitory properties have been discovered and are now being tested for commercial application for preventing biofouling on an industrial scale and for eliminating reservoirs of pathogens in food production and medical facilities. Teplitski explores novel aspects of communication between hosts and their associated microbiota, aiming to identify previously uncharacterized mechanisms of such interactions.

Teplitski’s research also focuses on the legume-Sinorhizobium Nitrogen-fixing symbiosis. Aside from its central role in nitrogen assimilation for major crops (soy, peanut, alfalfa), this well-studied interaction is a model for understanding virulence of a human pathogen Brucella and the unculturable Citrus Greening pathogen, both of which are closely related to Sinorhizobium and undergo a very similar sequence of genetic and physiological transformations when infecting their respective hosts.

It is almost certain that most infectious diseases are associated with global disruptions of the host’s entire microbiota, even if these disruptions were at some point linked to a single etiological agent. The best example of a polymicrobial disease is the Black Band Disease of corals, which is a rapidly progressing consortium that has been devastating reef ecosystems all over the world. Metagenomic sequencing revealed that the composition of the black band is tremendously diverse and includes potential pathogens, commensals, and general environmental microbes. Teplitski will focus on testing the hypothesis that specific signals produced by pathogens subvert gene expression in commensals, recruits them into the disease consortium, and allows them to rapidly take over the host, which cannot recognize and fend off commensals once they have overwhelmed restrictions imposed on them by the host.