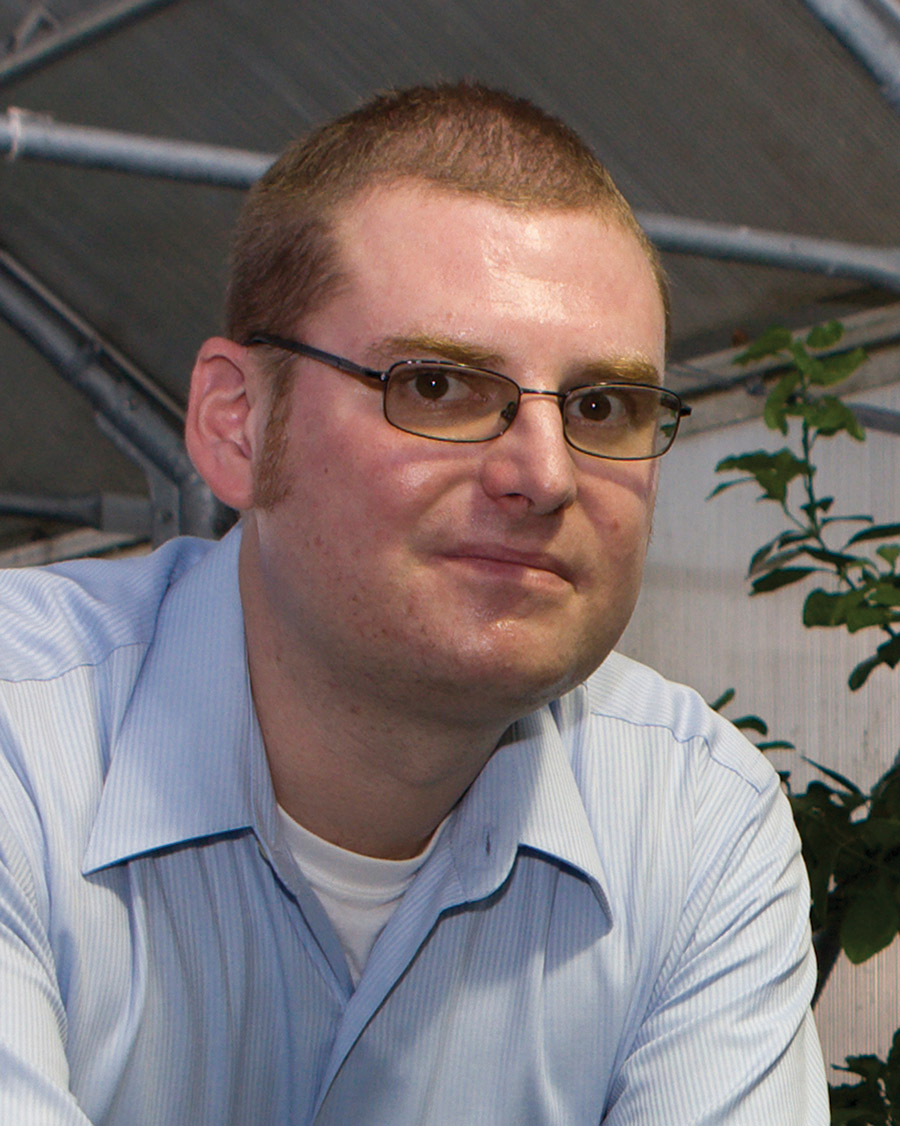 Lukasz Stelinski’s research interests center on practical application for pest control in both agriculture and forestry.

“Insect pests often rely on pheromones as signals for mate finding and reproduction,” Stelinski said. “Therefore, we can apply synthetic versions of these scents in agricultural crops and forests in order to mask the natural insect signals and prevent pests from mating.”

Stelinski has promoted adoption of this environmentally sound, ‘green’ technology. Currently, mating disruption is being implemented on hundreds of thousands of crop hectares worldwide. His research brought this technique to the Florida citrus industry and growers have implemented it to manage a moth pest, the citrus leafminer.

“I’ve always been fond of animals,” Stelinski said. “Insects are a group of animals particularly easy to investigate even as a youth because of their abundance and diversity. In college, it was brought to my attention that I could pursue research with practical impact on things like agriculture and actually make a living studying insects.”

Stelinski’s lab has also conducted research to describe how bacterial pathogens change the scents plants release to manipulate the behavior of these pathogens. Specifically, plants that become infected with these pathogens can become more attractive to certain insects than their non-infected counterparts, which may be an evolved mechanism to further increase pathogen spread.

Since joining UF in 2007, Stelinski’s research program has directly obtained over $11 million in grant support and in-kind funding, receiving $3 million through 31 successful awards since 2013. He has also funded and trained 16 post-doctoral scientists.