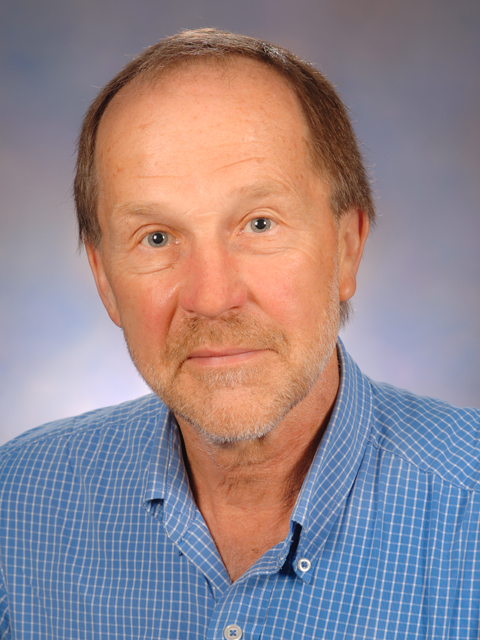 Recently discovered, well-preserved plant and animal fossils provide unparalleled evidence of long-term environmental dynamics in the Bahamas. Steadman’s role is to compile and interpret the record of prehistoric vertebrates from fossils that span the past 5000 years. By comparing the data before and after human arrival, he can differentiate the biotic effects of climate change versus those of climate change plus human impact. Steadman also surveys the modern plant and bird communities to assess whether today’s ecosystems are less resilient than in the past, due to disturbances such as hurricanes, fires, and land use change.

The prehistoric data are from abundant fossil plants and vertebrates collected by scuba divers in blue holes (flooded limestone caves) or by Steadman in dry caves. Until ca. 1000 years ago, browsing tortoises were the largest herbivores in the Bahamas, and Cuban crocodiles were the top predators. Both species are now extinct in the Bahamas. The deposits also include many smaller species of reptiles, birds, and mammals (40+ living and extinct species identified thus far). Steadman is now sorting and identifying these huge collections of beautifully preserved fossils, which include at least 10 undescribed, extinct species of birds.

The first people to colonize the Bahamas were Amerindians from 1200 and 800 years ago. Resolving the extent to which Amerindian settlement affected the Bahamian terrestrial flora and fauna is a primary goal of this project. It has been suggested that prehistoric extinction in the Caribbean region resulted primarily from climate change. On islands with rigorous radiocarbon chronologies, however, Steadman is learning that most vertebrate extinction took place only after human arrival.