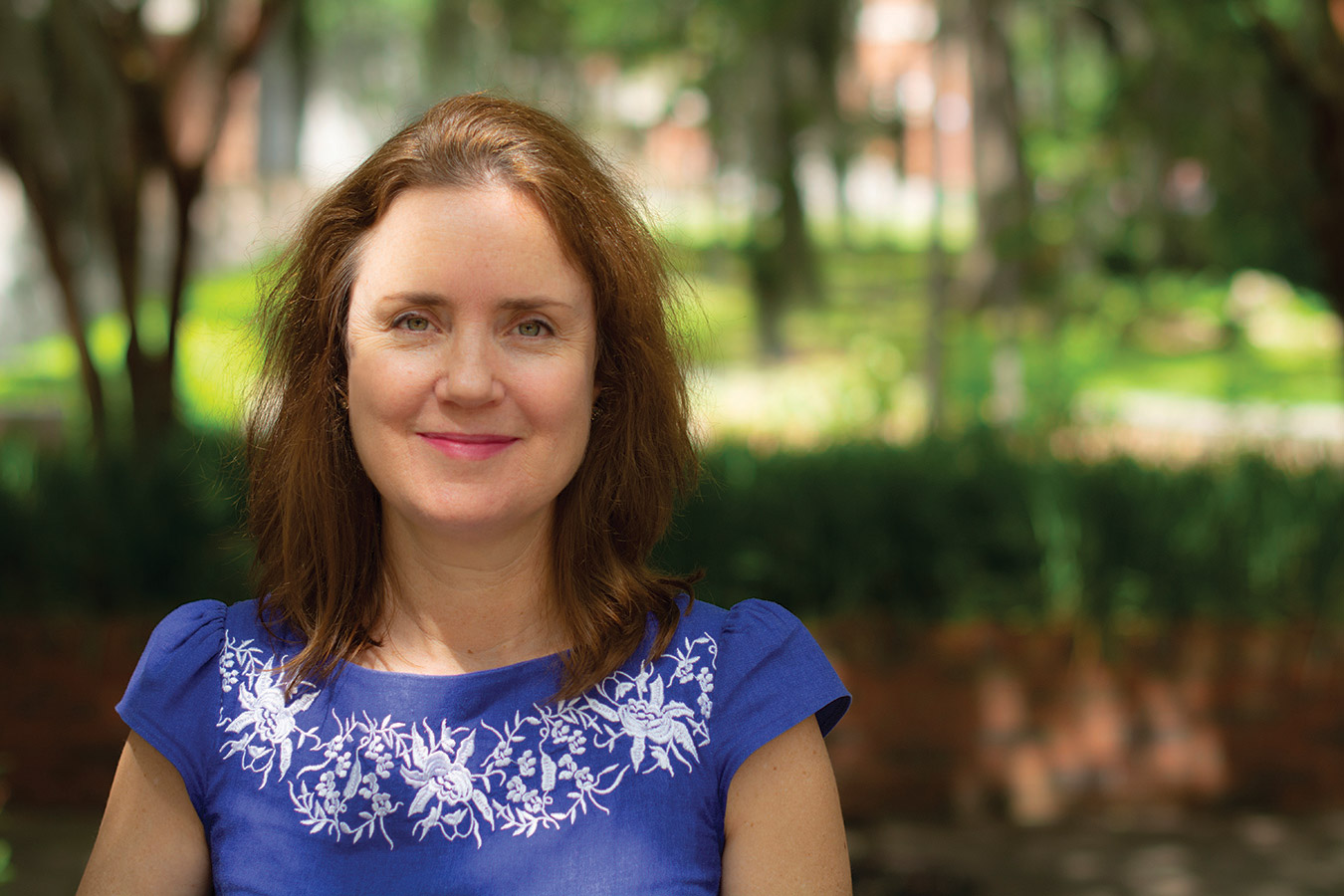 Maya Stanfield-Mazzi is an expert on the indigenous and Catholic art of colonial Spanish America. Specifically, her research focuses on the art of the Spanish colonial viceroyalties of Peru and New Spain, large territories that encompassed modern nations including Mexico, Peru, and Bolivia, as well as parts of the southern United States.

“My goal is to study the ways in which art changed and was renewed after the Spanish Conquest, particularly as a response to Catholicism,” Stanfield-Mazzi said. Stanfield-Mazzi notes that this line of research requires a deep understanding of the arts of the Pre-Hispanic Andes and Mesoamerica, as well as an engagement with the arts of Europe in the late medieval and Early Modern periods. “I require innovative theoretical approaches to cultural change, with an understanding of the processes of colonialism and indigenous resistance and accommodation,” Stanfield-Mazzi said.

Her first book, Object and Apparition: Envisioning the Christian Divine in the Colonial Andes, highlighted the visual dimensions of Catholicism’s introduction to the Andes. Stanfield-Mazzi argues that it was only when local artists began to create their own images of Catholic deities that Catholicism truly took root in the area. Once locally created statues of Catholic deities such as the Virgin Mary became embedded in the local cultural context and gained fame as miracle workers, the genre of “statue paintings” was introduced. These depicted the aforementioned statues enshrined and adorned on their various respective altarpieces. Stanfield-Mazzi’s second book, under contract with the University of Notre Dame Press for publication in 2020, is titled Clothing the New World Church: Liturgical Textiles of Spanish America, 1520-1580, and will be the first broad survey of multiple cloth items used to adorn Catholic churches. She plans on paying specific attention to the priestly preferences for silk, and to the ways that indigenous textiles types such as featherwork were adapted for the church.

Stanfield-Mazzi is also embarking on a new project to examine the bounds of the secular in colonial art. Although most scholarly attention has focused on sacred art, she seeks to explore visual arts associated with sin, such as drinking and playing cards. She seeks to understand how the visual arts enriched those aspects of society beyond the purview of the church.

To date, Stanfield-Mazzi has published various articles and book chapters, and been invited to speak and write on these subjects for institutions such as the Los Angeles County Museum of Art, the Getty Research Institute, and the Royal Institute of British Architects.