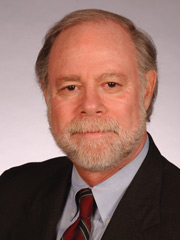 Professor of Urban and Regional Planning

Richard Schneider has achieved outstanding success in a research field that only a few years ago was a comparatively uncharted area – crime prevention through environmental design (CPTED).

The premise of the research is that effective city planning can positively impact crime rates.

“Poor urban planning, design and management are now acknowledged as legitimate risk factors associated with the incidence of crime and violence in cities,” Schneider says. “My research focuses on comparative international aspects of CPTED and on practical local community applications.”

Schneider’s research has assisted both the Gainesville Police Department and Alachua County Sheriff’s Office in U.S. Justice Department-funded projects to develop crime-mapping systems. He has also served as a resource for the Jacksonville Sheriff’s Office and the Palatka Police Department, has consulted with UK police agencies on the impacts of new urbanism on crime prevention planning and design, and written books on crime prevention planning.

His status as an eminent researcher led the United Nations to request his expertise as a consultant for UN-HABITAT’s Global Report on Human Settlements 2007. He has written and edited parts of the report and supervised case studies examining urban crime and violence issues in nine cities worldwide.

“This work has a truly global audience and will likely influence policymaking relative to planning and crime prevention at institutions and government agencies throughout the world,” says Paul D. Zwick, the college’s associate dean for research.

His current interests include research for a new book on the tension created by increasing security design in open, democratic societies; whether “new urbanist” design really prevents crime; and implications of crime displacement to vulnerable neighborhoods and citizens.

“My research agenda broadly focuses on understanding the complex connections between environmental planning and criminal behavior,” says Schneider. “The question I ask is how we build social and human capital through effective crime prevention.”