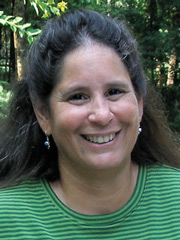 Professor of Sociology and Director, Center for Women's Studies and Gender Research

Milagros Peña’s research brings together the study of gender, race and ethnicity. She has conducted in-depth field research on Latinas in the southwestern United States, northern and central Mexico and Peru, examining the intersections of women’s political experiences and religious expressions.

She links the role of ideology to social movement activism.

“I look at how social networks and other resources enhance the political successes of social movements, and I tie issues of gender and ethnic identities as bases for understanding how social movement activism is linked to the transcendence, shaping and often the crossing of political and ethnic boundaries,” Peña says.

Her most recent book focuses on these social movements. Latinas Activists Across Borders: Women’s Grassroots Organizing in Mexico and Texas (2007, Duke University Press) highlights the consciousness-raising work by non-governmental organizations (NGOs) run by and for Mexican and Mexican-American women. They encourage Latinas to connect their personal lives to the broader political, economic, social and cultural issues affecting them.

Funded by the Pew Charitable Trusts, she is currently involved, with colleagues from Notre Dame in research to increase understanding of the unique role Hispanic churches play in Hispanic/Latino/a communities, and of the role that theologically trained Hispanic clergy play in mobilizing congregations for effective community ministry.

Peña is also planning a new book on U.S. Latina church leaders and the challenges they face in their social ministries, particularly with regard to their leadership, and two other books on Hispanic churches.

“Dr. Peña’s extensive and often cited body of research has established her as a recognized leader in studying the intersection of the sociology of religion, social movements, women’s studies and ethnic studies,” says Constance L. Shehan, chair of the Department of Sociology. “Her work contributes directly to the growing body of research on feminism in a global context.”