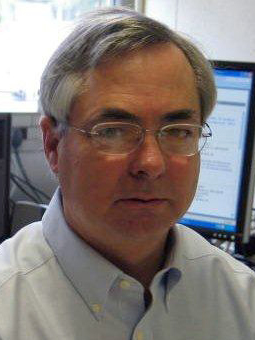 Andrew Ogram’s research program is focused toward elucidation of ecosystem level responses to human impacts via changes in soil microbial community structure and function. His current funded research includes an array of projects of importance to the state of Florida, and is funded by state and federal agencies. The work produced by his laboratory has transformed current concepts of the ways that southern wetlands function and how they differ from wetlands in more temperate latitudes.

Ogram’s contributions to revision of concepts of microbial controls on wetland biogeochemistry have been recognized internationally and locally. He has been invited to present his work at several international conferences over the last five years, and delivered a keynote lecture at the International Association of Landscape Ecology. He has organized symposia on microbial ecology at international ecology and biogeochemistry conferences in Europe and the UD, and has presented invited lectures in the US, Europe, and Asia.

He has been active in service to societies and professional organizations, and has served on a total of seven review panels for the National Science Foundation, one for the Water Environment Research Foundation, and two for the US Department of Energy. His contributions to the American Society for Microbiology (ASM) include membership on the editorial board of Applied and Environmental Microbiology for several years, and he convened and chaired a symposium at the 2008 General Meeting of the ASM on alternative routes to methanogenesis. He has been awarded two ASM Indo-US Professorships for organizing and conducting short courses with Indian colleagues. In addition, he is a member of the editorial board of one of the premier methods journal in his field, J. Microbiol. Methods.

Ogram is committed to education and mentoring students, and his students have received departmental awards for excellence in graduate studies at both the Ph.D. and M.S. levels. He has been active in international education, including conducting short courses in India, and he is currently mentoring one of the first three University of Florida distance education graduate students in Africa. His students and postdocs have excelled since leaving the University of Florida. Former students and postdocs are on faculties of universities in the US and their home countries.