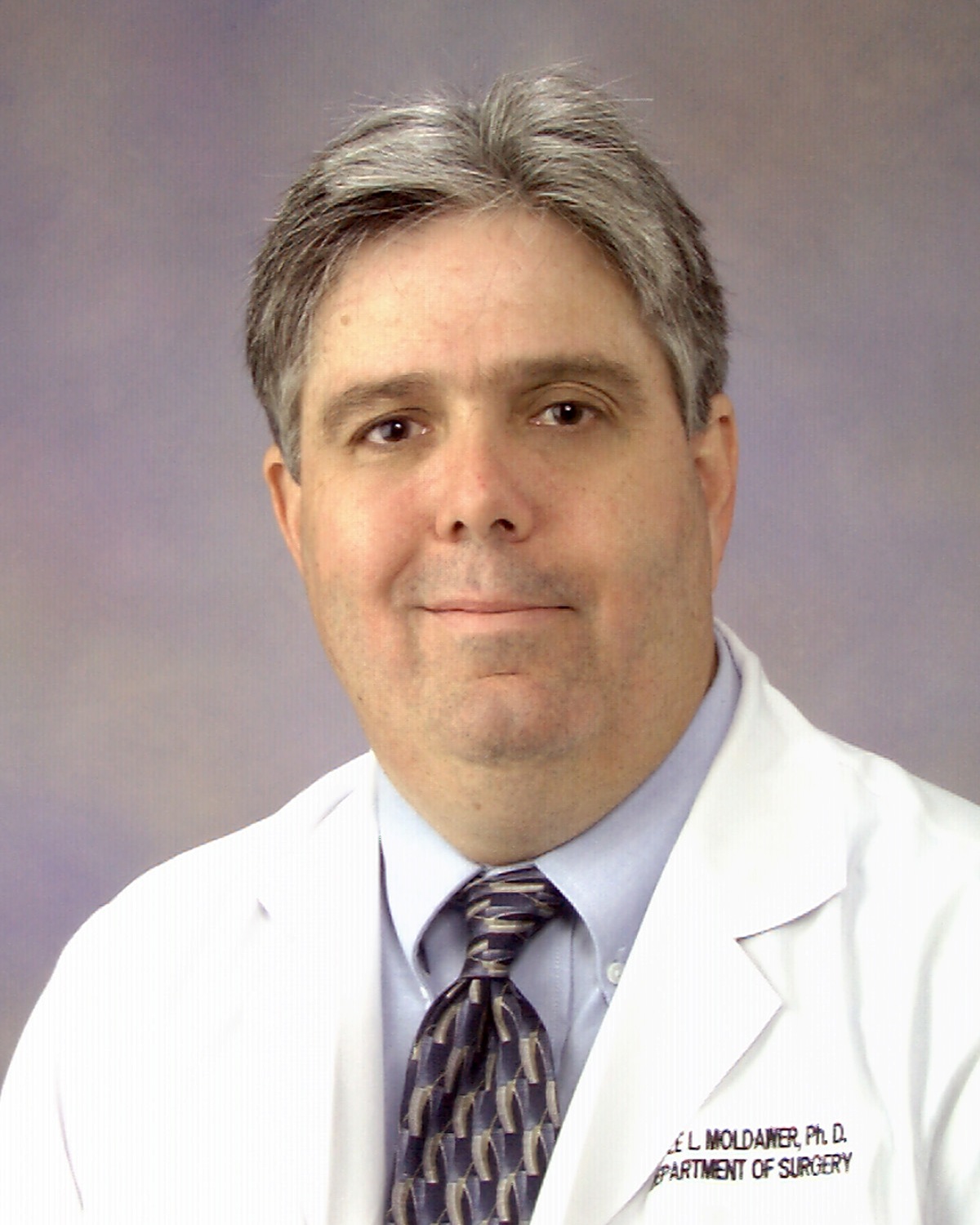 Sepsis is the constellation of symptoms which occurs when an overwhelming microbial (usually bacterial) infection leads to a systemic inflammatory response. Despite progress in antibiotic and other supportive therapies over the past 20 years, sepsis remains the leading cause of death in the intensive care unit, affecting over 750,000 patients in the United States and causing over 200,000 deaths annually. Significant advancements in sepsis pathophysiology have occurred under grants funded to Moldawer. Unfortunately, mortality from severe sepsis has only declined modestly. Moldawer argues that this small decline is due to a continued incomplete understanding of the pathogenesis of sepsis.

Over the past few years, Moldawer has shifted his interest from individual cytokines and mediators to the interactions between cell types in innate and acquired immunity. Most recently, he has been studying the biology of myeloid-derived suppressor cells (MDSCs). Not a great deal is known about the origins, function, and disposition of these cells. MDSCs have been shown to accumulate in a number of acute and chronic inflammatory diseases, and after exposure to pathogens, superantigens, tumor growth, graft versus host disease, and autoimmune diseases.

Moldawer’s studies have the potential to shed light on a new therapeutic target for sepsis, and provide a much greater understanding of how these MDSCs serve to regulate immune processes.