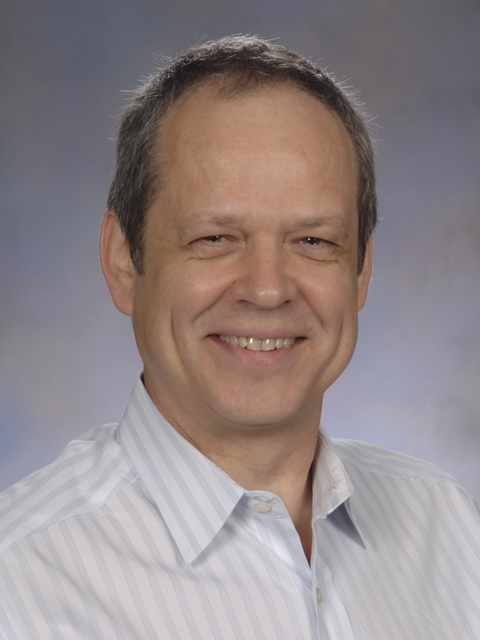 The main thrust of Andrey Korytov’s research has been high-energy experimental physics, leading to the discovery of the highly sought-after, and yet very elusive, Higgs boson.

The existence of the Higgs boson, a conceptually new elementary particle with very special properties, was predicted in 1964 as a possible way to explain how all elementary particles might acquire their masses without collapsing our present understanding of the micro-world nature. A multi-billion dollar Large Hadron Collider (LHC) was built near Geneva to allow for creation of Higgs boson particles in proton-proton collisions. Two major experiments, ATLAS and CMS, were set up to hunt for extremely rare collisions (about one in 10<sup>10</sup>), where the Higgs boson would be created. Korytov led the design and construction of the CMS endcap muon detectors that were to play a crucial role in the Higgs boson discovery. It took an effort of nine research institutions, an $18 million budget, and more than 10 years to design, build, and commission the system.

LHC delivered the first proton-proton collisions in 2009. In 2009-2010, Korytov was appointed to lead the Higgs boson search across the entire CMS Collaboration. In 2011-2012, Korytov led a more targeted effort on combining all CMS Higgs boson searches with a goal to maximize the discovery sensitivity. In mid-2012, such a combination executed by the group Korytov led identified a Higgs boson-like signal with a high statistical significance of five standard deviations.

The CMS Collaboration announced the discovery of a new boson on July 4, 2012. The ATLAS Collaboration also observed a similarly strong signal. With the data collected since the discovery, both collaborations were able to ascertain that the properties of the newly discovered particle are consistent with those expected for the Higgs boson.

The University of Florida made perhaps the biggest contribution of any U.S. university to the discovery of the Higgs boson, and Korytov is the UF faculty member most central to this achievement.