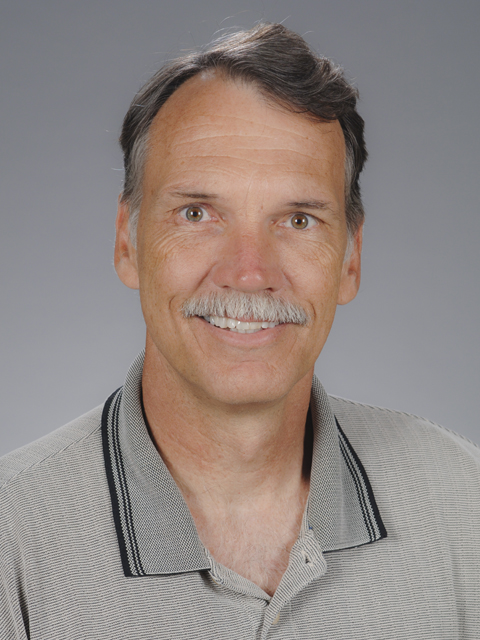 Jones works to develop an understanding between the evolution of the microstructure of semiconductors and the subsequent electrical properties and dopant diffusion in these materials. He has focused primarily on the front end processing of silicon. Ion implantation is the preferred method of introducing desired dopants into the surface of silicon during the manufacturing of integrated circuits. Using transmission electron microscopy, he has developed a method of characterizing and understanding the evolution of the defects in the microstructure that arise from the implant damage.

The insight gained from these experiments is incorporated into FLOOPS. FLOOPS is a computer program developed at UF by Professor Mark Law that allows companies to simulate virtually the fabrication of a transistor. Jones has jointly run the SWAMP Center with Law since 1995. This center’s mission has been to develop fundamental understandings of silicon processing and incorporate these discoveries into FLOOPS. This program has been adopted by a number of companies, including Intel, as their principle design tool for future transistor development.

Jones’ research over the past five years has focused on further development of alternative annealing technologies for silicon processing. Recently, he has been also working on alternative substrates, including silicon on insulator, diamond, and silicon germanium alloys. He has explored the role of the surface, of buried interfaces, and of stress on implant damage. Jones’ research group has worked very hard to devise and conduct clean experiments that allow them to show conclusively the interplay between processing, microstructure, and final properties. He has worked on developing and applying state of the art characterization methods to semiconductor processing issues.

Jones also does research into understanding and improving energy storage materials. Energy storage (Lithium Ion Batteries) is an area of extreme interest currently because of the push for electric vehicles. He has been focusing on two specific areas: solid state batteries and the application of semiconductor processing and semiconductor nanostructures for high capacity cathodes and anodes.