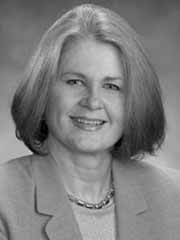 Cognitive abilities that allow us to perform complex mental tasks are much of what defines us as a species. Cognition encompasses a wide scope of abilities, many of which are taken for granted, such as perception, attention, learning and memory, verbal behavior, concept formation and problem solving.

Cognitive damage or dysfunction is a devastating and debilitating condition, not only because such disorders severely affect quality of life, but also because medicine has hitherto offered little hope of recovery and treatment. One person making great strides to rekindle hope for those suffering from cognitive disorders is Leslie J. Gonzalez Rothi.

Until recently, conventional wisdom held that damaged brain cells could never recover or regenerate. Through a program of interdisciplinary research, Gonzalez Rothi has sought to overcome such a fatalistic outcome.

“To make significant gains in the development of efficacious treatments for cognitive disorders, no one scientific perspective can provide the answers,” she says.

Gonzalez Rothi recently received a $3.7 million grant from the Veterans Administration to establish a Rehabilitation Research and Development Center of Excellence to devise and study new means of cognitive rehabilitation and a $5.5 million National Institutes of Health Program-Project grant to study the treatment of aphasia (a disorder of language) and related disorders.

With these grants, Gonzalez Rothi’s vision of a multidisciplinary collaboration united in bettering the treatment of cognitive disorders is now becoming a reality.