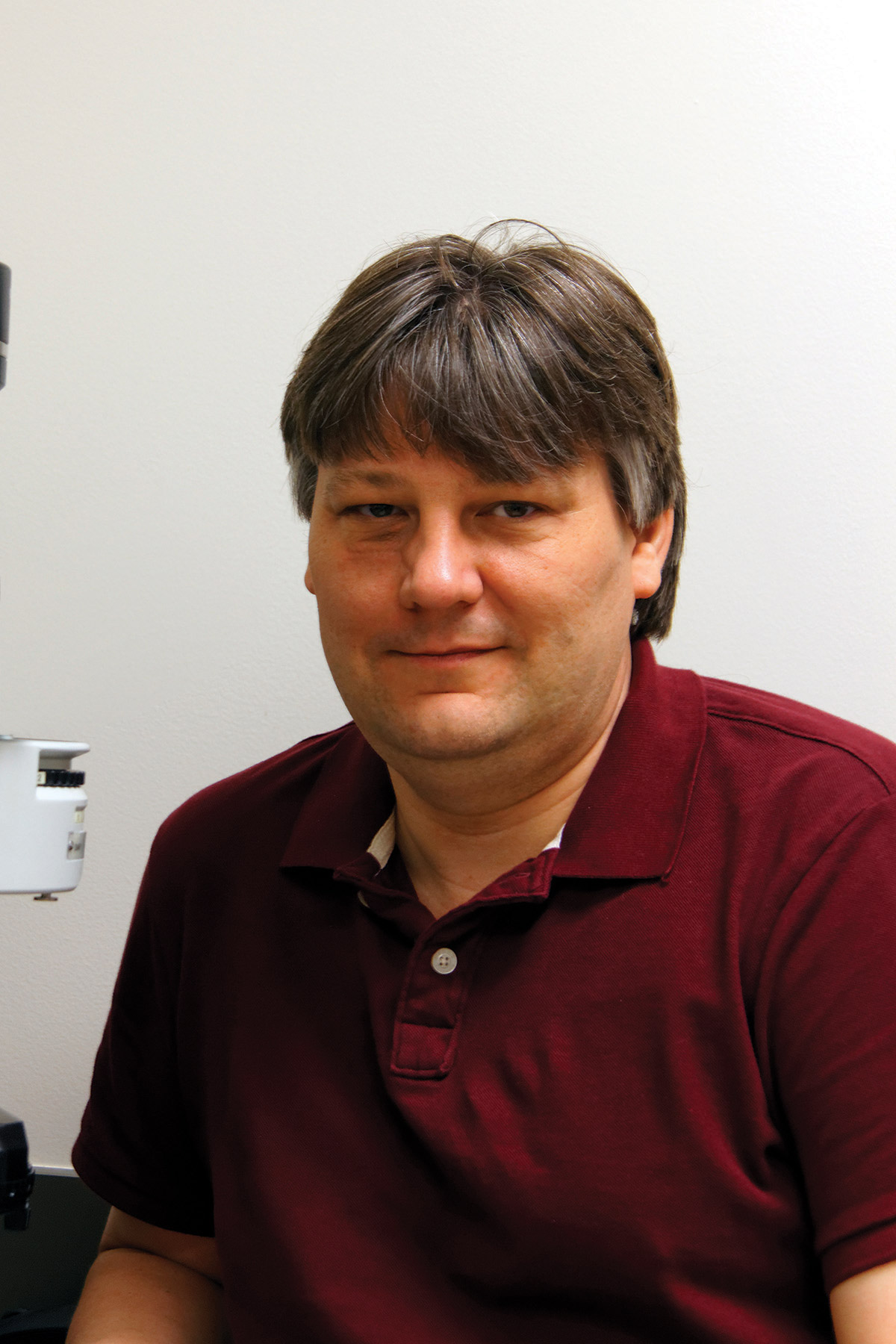 Benoit Giasson’s primary research interests are focused on the mechanisms involved in the regulation of protein folding and subcellular interactions that affect abnormal protein accumulation in the nervous system.

“We’ve learned that the spread of a specific ‘misfolded’ proteins is associated with the insidious nature of certain neurodegenerative disorders,” Giasson said.

During the past year, a significant part of Giasson’s research has centered on the mechanisms of induction and transmission of a protein called a-synuclein and its behavior.

Using novel experimental models, Giasson’s lab has recently established there is an association with neurodegenerative disorders of the central nervous system that can occur by an abnormal protein folding mechanism similar to prion disease, which causes normal proteins in the brain to fold atypically.

“These critical findings have also unveiled the complex interactive and synergistic nature of several biological mechanisms in the nervous system involved in this process,” Giasson said.

This research development follows Giasson’s history of tracking the mechanisms of different neurodegenerative diseases. Broadly speaking, his research program aims to generate significant advancements in biomedical sciences, especially as they relate to aging and neurodegenerative diseases. These disorders lead to the deterioration of affected individuals’ quality of life, impose a tremendous burden on caregivers and create an enormous socio-economic strain.

One of the most important risk factors for developing these disorders is age. Consequently, the number of individuals affected will likely continue to grow with our population’s increasing life expectancy.

Although some drugs can alleviate a portion of the symptoms of these diseases, no cures exist.

“Even delaying the onset of such diseases by a decade or two could be considered a success,” Giasson said.

Giasson’s research program has been maintained with substantial extramural support. Currently, his research is being funded through several multi-year grant awards from the NIH, the State of Florida, the National Parkinson Foundation and the Michael J Fox Foundation. Giasson has also served a key role in securing over $11 million in extramural grant funding, which includes the Alzheimer’s Disease Research Center (ADRC) grant. Notably, he currently serves as a principal investigator on four NIH grants and has an annual extramural grant portfolio of over $925,000.