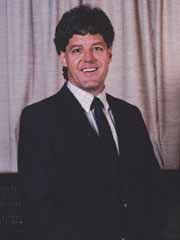 Jerry Fossum has been an active researcher at the University of Florida for 24 years, currently concentrating on semiconductor nanodevices and scaled integrated circuits (IC).

These transistors are similar to those in contemporary large-scale Ics such as Intel’’’s Pentium chip, but they have been scaled down to nanometer (one-billionth of a meter) size.

Fossum has mentored 25 Ph.D. students while at the University of Florida. He has also secured several software copyrights since 1997 for device modeling programs which have been released to more than 250 companies and universities worldwide.

Since 1972, Fossum has 105 publications in refereed journals and 103 papers in international conference proceedings. He is currently collaborating with several IC companies throughout the world on the development of process/physics-based compact models of transistors and their use in the design of nano-scale ICs.