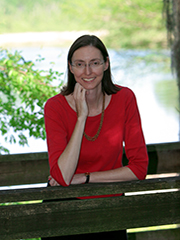 Recent polls show that the American public supports increased measures to protect the environment and conserve resources. At the same time, however, legal protection is decreasing. For the past five years law Professor Alyson Flournoy has studied this paradox.

“It became clear to me that a critical and often overlooked issue was the ethical content of our environmental laws,” says Flournoy. Her 2003 article, “In Search of an Environmental Ethic,” began a research project that connects environmental law and environmental ethics. Her goal is to identify the values that such laws promote.

Flournoy has found that the ways in which decisions are made and regulations implemented influence which values come to the fore – values that may not be the ones intended by lawmakers.

In the aftermath of Hurricane Katrina, Flournoy coordinated the work of 17 experts from around the country that highlighted how environmental, health and safety laws and policies contributed to the vulnerability of New Orleans. She has given a number of interviews on Katrina’s impact, as well as presentations before the U.S. House of Representatives Democratic Caucus and to the American Bar Association Administrative Law Conference.

“This provided an opportunity to bring ideas from academic scholarship to a broad audience that included key governmental decision makers, by applying then to a timely topical theme,” says Flournoy.

Over the next three years, Flournoy plans to extend her analyses of natural resources law and begin research on environmental policies that take into account the health and well being of children.