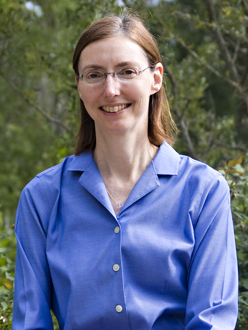 Alyson Flournoy, UF Alumni Research Scholar, professor of law, and director of the UF Levin College of Law Environmental and Land Use Law Program, believes that modern environmental law should depart from its history of reacting to environmental crises. Her goal is for the law to pro-actively preserve and protect natural systems before disaster strikes. The decade of the 1970s marked an environmental awakening in the U.S., during which monumental and far-reaching environmental legislation, like the Clean Air and Water Acts, the Endangered Species Act, and the Toxic Substances Control Act, were passed to correct and prevent egregious environmental impacts. Unfortunately, little has been done since to update this body of legislation and to move beyond crisis response.

Flournoy’s research has developed a new approach to protecting publicly-owned natural resources, that is, public lands and waters, and the ecosystems, minerals, and biodiversity found in or on publicly-owned lands and waters. This approach is embodied in a proposal for a National Environmental Legacy Act, a statute that would require the American public, for the first time, to define the environmental legacy they wish to leave to future generations and provide a mechanism to ensure its protection.

Flournoy has developed this idea in articles recently published in the Texas Law Review and the Nebraska Law Review, a policy paper published by the Center for Progressive Reform, and in a contribution to a collaborative Climate Legacy Initiative Report. Her research addresses questions such as how the statute can use information more effectively than current law, how it can incorporate the ecological concept of resilience to achieve better outcomes, and how it can address the challenges of climate change and ecosystem migration. She also co-edited the book Beyond Environmental Law: Policy Proposals for a Better Environmental Future, recently published by Cambridge University Press, in which the Environmental Legacy Act is one of two core proposals.

An outgrowth of Flournoy’s work on the Environmental Legacy Act is a project to synthesize insights from environmental psychology, management theory, and behavioral economics that may facilitate the design of new laws that operate effectively, enhance the likelihood of support for and compliance with the laws, and facilitate implementation by agency officials. This project builds on Flournoy’s legal research and promises to generate a broader set of principles to guide the design of the next generation of environmental law.