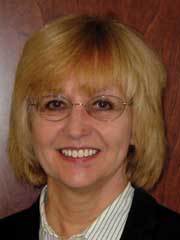 Professor of Clinical and Health Psychology

Sheila Eyberg studies the treatment of Conduct Disorder and other disruptive behavior disorders in young children that can severely impair their academic and social functioning and lead to delinquency in adolescence.

To combat the disorders, Eyberg developed Parent-Child Interaction Therapy, one of a handful of treatments for children that have been scientifically shown to work. PCIT was developed for preschool-age children with disruptive behavior and is used in mental health clinics throughout the United States.

Eyberg’s research has shown that the positive effects of PCIT last for at least four years after treatment in 75 percent of children and families treated.She is currently involved in a five-year federally funded project to test a PCIT booster treatment aimed at early detection and prevention of relapse.

In connection with her treatment research, Eyberg has developed and tested measurement tools for assessing disruptive behavior. These include the Eyberg Child Behavior Inventory, a parent rating scale used in Australia, Europe and the United States, and a widely used coding system that distinguishes parent-child interactions of disruptive versus healthy children.

She has published more than 100 articles and chapters on child assessment and treatment and has also served as associate editor of the Journal of Clinical Child and Adolescent Psychology and Behavior Therapy.