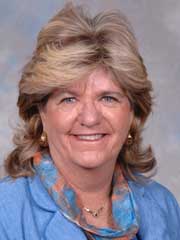 Professor and Chair of Health Care Environment and Systems

For families who want to unlock the mysteries of their autistic children, Jennifer Harrison Elder may have the key.

Elder, a registered nurse and a Fellow of the American Academy of Nursing, has spent 27 years researching autism and other child neuropsychiatric disorders. Her research has spanned everything from parent interaction to the child’s diet and toys.

Elder has studied and evaluated the effects of a diet free of wheat and milk products, a regimen that has been praised for successfully treating some behavioral problems seen in children with autism.

Her research, one of the first published double-blind clinical trials of this gluten-free, casein-free (GFCF) diet, indicated that while some parents noted positive effects, overall there was no statistiically significant difference between the control and experimental conditions.

“She is internationally recognized for her expertise in autism and other child disorders,” Long said. “I am confident that Dr. Elder will continue to increase her national and international recognition in the field of autism, other child psychiatric disorders and family mental health.”

Elder has used her knowledge to lead junior faculty members and graduate and undergraduate researchers. Her ability to mentor faculty and students alike won her a Distinguished Mentor Award from the Howard Hughes Medical Institute.