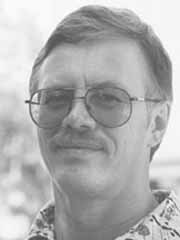 A puzzle that eluded top mathematicians for decades was just a walk in the topological park for UF mathematician Alexander Dranishnikov.

Since the early 1930s, topologists around the world struggled to answer a problem posed by Russian topologist P. S. Alexandroff in the area of geometric topology. Almost 50 years later, Dranishnikov introduced a solution with his construction of a “compact metric space which has infinite covering dimension and finite cohomological dimension.”

By solving Alexandroff’s original problem, Dranishnikov found that he also held the key to all of the remaining problems posed by Alexandroff and other leading topologists relating to cohomological dimension theory of compact spaces.

Dranishnikov’s work has garnered him many awards, including the Moscow Mathematical Society’s Prize in 1985, the R. H. Bing Award in 1990 and a national prize for striking mathematical achievements from the Academy of Sciences of the USSR in 1989. He has also been invited to lecture all over the world – the most significant being the International Congress of Mathematicians in Berlin in 1998. In addition, Dranishnikov has published more than 70 refereed articles about his work in the past 22 years. A book, tentatively titled Cohomological dimension theory and its applications, is in progress.

These days, Dranishnikov can be found developing a subject he introduced two years ago called “asymptotic topology” that will bring many applications to geometry and analysis on groups and will prove (or disprove) at least some of the long-standing conjectures.