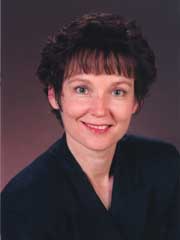 Sandra H. Dickson’s commitment to producing documentaries of social and historical relevance is apparent in her work over the past decade, which has included six documentaries, primarily about the American civil rights movement.

“Documentaries, when they function well, ask audiences to hold their own beliefs and attitudes up to the light,” says Dickson, co-director of the College of Journalism and Communications’ Documentary Institute.

Her film Freedom Never Dies, about the life of Florida civil rights leader Harry T. Moore, aired nationally on PBS in 2001 and 2002 and won the Erik Barnouw Award for Outstanding Historical Documentary from the Organization of American Historians. Among the previous winners of this award is Ken Burns, creator of the celebrated Civil War and baseball documentaries.

Dickson has been writing and co-directing a new television documentary titled Negroes With Guns, which she describes as the raw and unsanitized story of Robert F. Williams, a civil rights leader from a small North Carolina town, who became a symbol for Black men humiliated by the Jim Crow South in the 1950s.

“Williams, the forefather of the Black Power movement, gave public expression to the private philosophy of many African Americans that armed self-defense was not only a matter of survival, but an honorable position,” Dickson says.

Although the Public Broadcasting Service only accepts between 1 and 4 percent of documentary submissions for its national broadcast schedule, four of the six documentaries produced by the Documentary Institute have been selected for national distribution.

“Audiences for Freedom Never Dies were comparable to episodes of Washington Week in Review and Wall Street Week shown the same week,” says telecommunications department Chair David Ostroff. “In markets as diverse as New York City and San Antonio, the documentary reached a larger audience than those two timely and popular programs.”