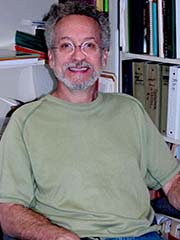 Instead of using expensive pesticides to control crop diseases, Lawrence Datnoff says rice growers can save thousands of dollars in production costs and boost yields simply by adding some silicon to the soil.

“Silicon can be as effective as chemical fungicides alone,” says Datnoff. “When it comes to controlling diseases, many registered fungicides do not have as broad a spectrum of activity.”
Research by Datnoff, his students and colleagues shows that increasing soil levels of silicon for rice controls several diseases, such as sheath blight, grain discoloration and rice blast, and increases yields at the same time.

“Rice growers could save themselves more than a half-million dollars annually in fungicide costs by increasing silicon levels in the soil,” Datnoff says. “We’ve also measured yield increases ranging from 30 to 60 percent. Silicon also allows growers to produce rice in a more environmentally sound system, and the natural material provides consumers with a higher-quality product.”

This research has major implications for other rice production areas with similar soils low in silicon.

Datnoff, along with his students and colleagues, have also shown that silicon suppresses many turfgrass diseases. And they are investigating similar effects against diseases of ornamentals, bedding plants and other agronomic crops.