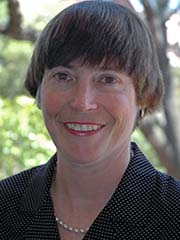 When Leslie Anderson first began her graduate work in the 1980s, most Latin American nations were governed by dictatorships. Slowly, Latin America began to embrace democracy.

“My primary research puzzle focuses upon the development of democracy, how and why it develops and why it fails or breaks down,” Anderson says.

Anderson has studied electoral politics, social movements of both the left and the right, democratic values, the creation of different kinds of social capital, and institutions, particularly the legislature.

She says the effort to understand democratization has forced her to look at two political constructs that normally are not part of liberal democracy: socialist revolution and fascism.

“I seek to understand the relationship between these two kinds of political systems and democracy,” she says.

To date, most of Anderson’s work has concentrated on Latin America. However, as democracy has developed in Central and South America, she has broadened her focus to Western Europe.

In her first book, the Political Ecology of the Modern Peasant, Anderson examined the political motives of the poor. Anderson then conducted an in-depth study of citizen participation in a new democracy through elections for her second book, Learning Democracy.

“Learning Democracy allowed me to become an expert on citizen participation in elections and on the capacities of citizens to make crucial electoral choices in a variety of difficult contexts,” says Anderson.

Her third book, Politics on Faith, addresses the role of citizen values in furthering democratic development by comparing Nicaragua and Argentina.